COLON CANCER AND SOME RESEARCH 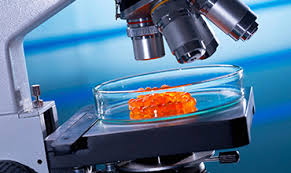 Based on the existing research , it seems that there is some pretty convincing evidence, that links certain dietary and lifestyle component with the potential for the development of colorectal cancer that is one of the most diffused cancer in our society. It looks like red meat, excess body weight, and excess alcohol intake all increase the risk, while physical activity reduces risk.
The American Institute for Cancer Research estimates that if people made positive changes in their red meat intake, meaning less processed meat, less alcohol, reduce body fatness, and the elimination of inactivity, that they could prevent up to 45% of colorectal cancer in the US every year. Impressive isn’ it?
The role of meat intake on the development of colorectal cancer has been studied pretty extensively. In 1999, there were 218 million tons of meat consumed around the world in one year. By 2030, this is anticipated to increase to 376 million tons. We know that the consumption of red and processed meat is associated with an increased risk of colorectal cancer. Don’t eat or eat less than 500 gr. Per week are the recommendation. How does red meat increase the potential risk for developing colorectal cancer?
It may be that heme iron, which is the type of iron we that find in foods like meat, and fish and poultry, may serve as a catalyst in your gut in order to generate free radicals that damage the DNA and cause cancer. There are carcinogens that are formed during very high heat cooking, and processed meat are also often cooked at very high heats. Processed meats, in addition, may contain nitrites that can turn into carcinogenic nitrosamines. So, as opposed to adopting these recommendations, which is to eat more plant foods and less animal foods, you can see that due to a number of different factors, and many of them are largely economical, we see an increase in the actual amount of meat being consumed.
We’re moving in the opposite direction of where we should be if we want to be preventing all that colorectal cancer.
Do fruits and vegetables and fiber protect against colon cancer, or not? Regardless of the fact that, that might be a discussion, nobody is ever arguing the fact that there is nothing harmful about increasing or including more fruits and vegetables in your diet.
The introduction with the diet of whole grains and cereals was more connected with a reduction of colon cancer than the evidence found with the increase of fruits and veggies. And some research found that there was a 10% risk reduction in colorectal cancer for each ten grams of fiber eaten per day. There is an association then between the two
How about the relationship between calcium and colorectal cancer? What does the research say?
A study from 2009 looked at almost 37,000 male cancer cases and 16 and a half thousand female cancer cases. Calcium intake was not related to total cancer in men. It was, however, found to be non-linearly associated with total cancer in women. Showing that for women who went up to 1300 milligrams of calcium intake per day, they had a reduced risk. For males and females, dairy foods and calcium were inversely associated with cancer of the digestive system. The decreased risk that was found was particularly pronounced in colorectal cancer. Supplemental calcium intake was also inversely associated with colorectal cancer risk.
In general speaking we can suggest to people who want to better prevent their risk of developing colon cancer to eat 5 portion of fruits and vegetables daily. Limit their intake of dairy product to one daily and if eating cereals be sure to have whole type of cereals with a lot of fibers, making sure to have in the diet at least 30 to 40 grams of fibers daily