Skin’s health and the importance of diet 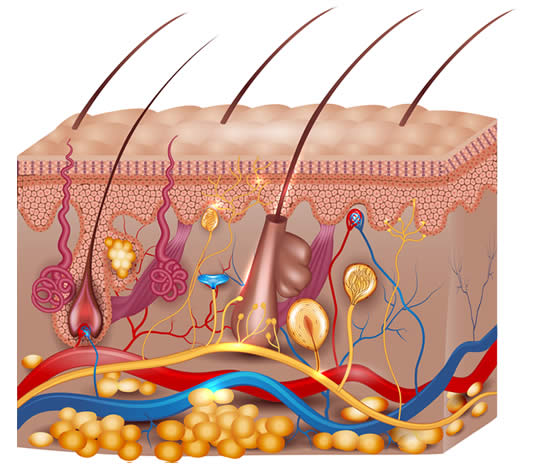 The skin is an organ second in size to the intestine and for this reason represents an important barrier against attacks from the outside. The skin is semi-permeable, some substances pass through and others are filtered. Skin health cannot be separated from correct lifestyles which include not excessive exposure to the sun, environmental pollution, electromagnetic pollution, microwave radiation (see mobile phone), the use of particularly aggressive soaps and detergents. Fundamental is a correct diet that limits simple sugars and saturated fats, not to mention hydrogenated fats, especially present in sweets, soft drinks and so-called snacks. Also important is abstaining from smoking, limiting alcohol consumption and managing stress in the best possible way, as well as going to bed early and sleeping at least eight hours a night. Sleep is essential for the production of GH, it is a fundamental hormone for the health and strength of the skin. Excess stress and incorrect lifestyles increase oxidative stress which consists in increasing the production of free radicals which, if in excess, exert a harmful action on cells and tissues.

The best known and most powerful antioxidant substances for the skin are vitamins A, C, E, beta-carotene (which is provitamin A), lipoic acid, acetylcysteine, coenzyme Q10.

Vitamin C and Q10 are essential for collagen production.

Fibers in the diet and their multiple effects