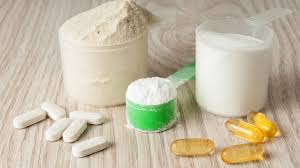 What are the supplements that should not be missing if you use pre-workouts, especially if you do a workout in the gym?

Creatine: Creatine from the point of view of functional biochemistry serves above all to build up the reserves of creatine phosphate in the muscle, a source of indirect energy reserve for ATP and is basically used in physical exercises of an alactic anaerobic nature, where the energy substrate is precisely the ATP itself and creatine phosphate. Creatine exerts a buffering effect against cellular acidosis during exercise and therefore should also be able to improve resistant strength by delaying fatigue. The most commonly used forms of creatine are monohydrate and the best form for absorption is ethilester

Beta alanine :. Beta alanine is the amino acid limiting the formation of carnosine which is a buffer of lactic acid. This buffer effect allows you to perform longer, more intense sets and consequently a greater volume of training. It is mainly indicated for sports that exploit the anaerobic lactacid metabolism such as football, 400 meters, bodybuilding and is naturally complementary to creatine.

Taurine: it is essential for cellular health as it is a powerful antioxidant and preserves mitochondrial function. In addition, this amino acid stimulates the metabolism helping to burn fat. Its effects on testosterone increase are not clear.

Nitric oxide (NO) stimulators: NO has multiple functions but the most recognized is its ability to increase blood flow through vasodilation that occurs through relaxation induced in the smooth muscle of the arterial walls. This vasodilation allows a greater influx of nutrients and oxygen while promoting the elimination of waste substances, which promotes muscle performance as well as greater ability to burn fat. Since NO is synthesized starting from the amino acid arginine, arginine should be added, but it is oxidized in the intestine and rapidly degraded and then it is associated with citrulline which is easily absorbed it avoids the degradation of arginine and promotes the maintenance of the same from hepatic degradation. In addition to this it stimulates the MTor for testosterone production and muscle growth